The Republican party should jettison all of this Grover Norquist crap. Taxes are a reflection of government’s role in our society and should be discussed as such.

I understand the need to keep the message simple, but a binding pledge that’s backed up by the threat of political attacks is despicable and certainly no way to govern.

For 20 years Democrats have tried over and over to trick Republicans into breaking the pledge. It hasn’t happened. This isn’t my first rodeo. 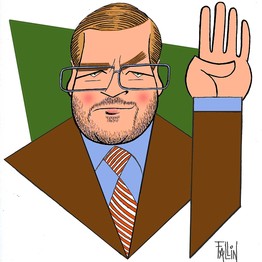 A guide to understanding and hopefully survivin...