The problem is based on the old game show, Let’s Make a Deal. You are presented with 3 doors. Behind one of the doors is a car, behind the other two are goats. You pick a door. Monty Hall, then opens one of the doors that you didn’t pick to reveal a goat and asks you if you’d like to keep your door or switch.

Do you stay or change?

Most people think, myself included, that there are now two doors, my odds are 50/50, so why switch? It turns out, that’s not true, you’re odds double if you switch. It’s 2 to 1 that the car is behind the other door.

Simply put, when you chose your first door, there is a 1/3 chance of the car being behind it. In other words, there’s 2/3’s chance it is behind another door. When Monty Hall opens one of those doors to reveal a goat, that 2/3 chance is no longer split between two doors and is transferred to the remaining door. So your original door stays at 1/3 chance, the other closed door has a 2/3 chance. So your best bet is to switch doors. 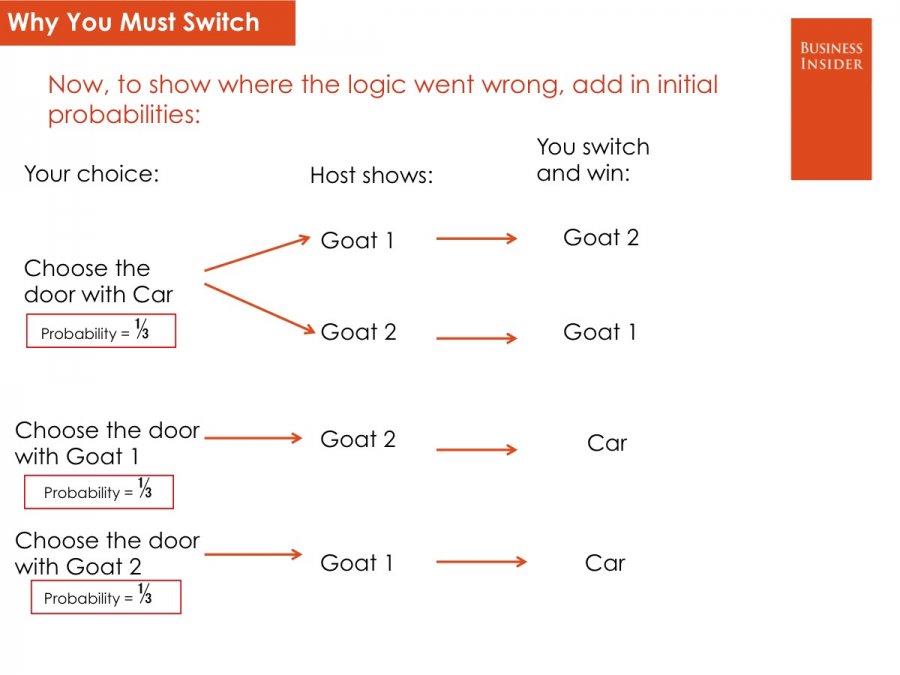 BioBlender is a software package built on the o...